Why Linux, Why Arch?

That’s a confusing title, isn’t it? I have debated making these separate posts, but in the end I felt like there was an awful lot, so in the end they ended up being the same post, oh well, sue me. Note: When I say Linux I mean “the family of operating systems which use the Linux Kernel”. I know that there is a difference but frankly “GNU/Linux Operating System” is too much of a mouth-full and we as a species use synecdoche a lot so I don’t feel that bad saying it.

Why I Use Linux 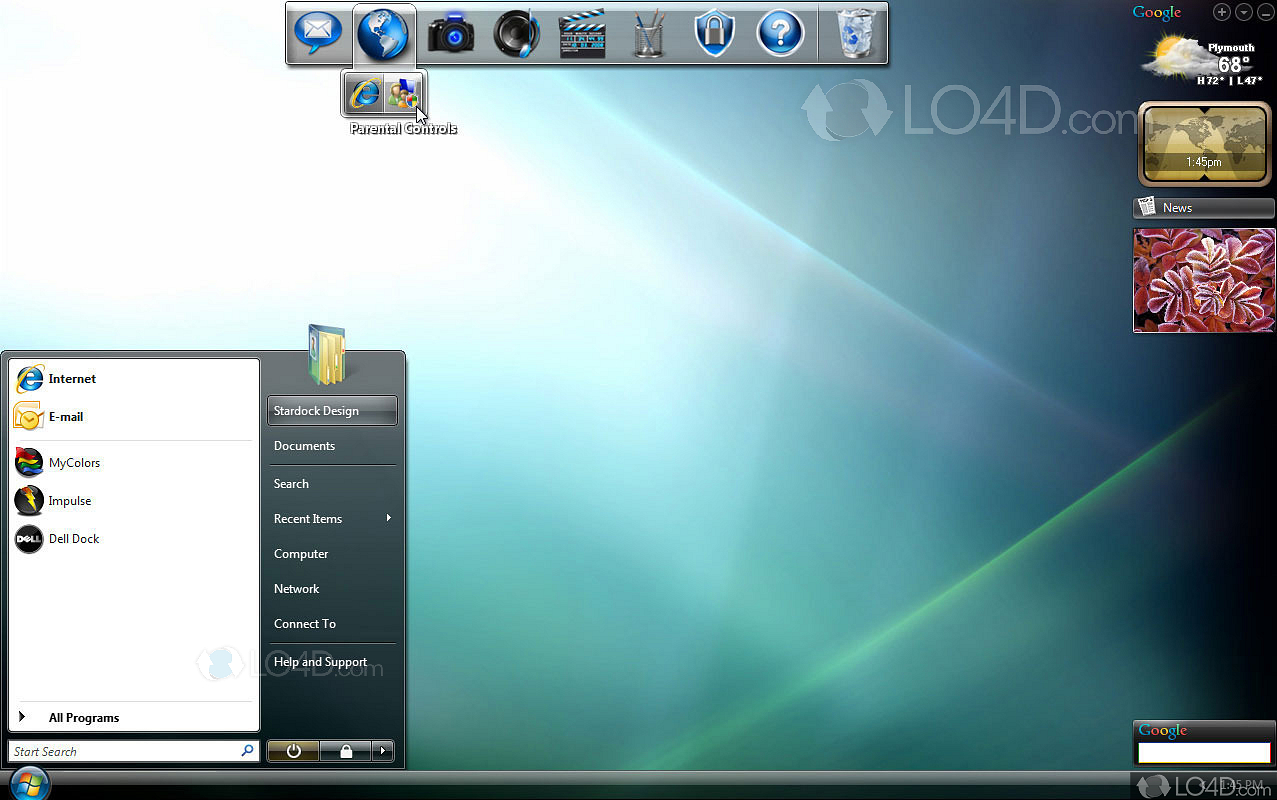 My journey to Linux has been an interesting one indeed. Indeed, it was actually an interesting dock program by Dell which, if I’m being honest, made me want to use a Mac. As surface level as this might seem, I wanted something visually different from the same, boring Windows paradigm I had been using since I first learn how to use a computer. Then I stated googling around, when a certain purple and orange themed desktop caught my eye. Indeed, Cannonical’s Ubunutu with the Unity desktop is what first caught my eye. Before I became radicalized and turned into a Free Software hippy, that distinct look of Unity is what originally drew me into Linux. That, together with Ubunutu’s ability to almost flawlessly setup a dual boot with Windows, and I was hooked. Now, it did take me quite a few years to switch to Linux full time, but eventually I was able to, (Windows 8 was a pretty good excuse to do so) and I haven’t looked back seense. Ever since then, I’ve done everything on Linux, from school to my hobbies (though that last one is rather easy when Linux is your hobby), and I cannot imagine doing it any other way. 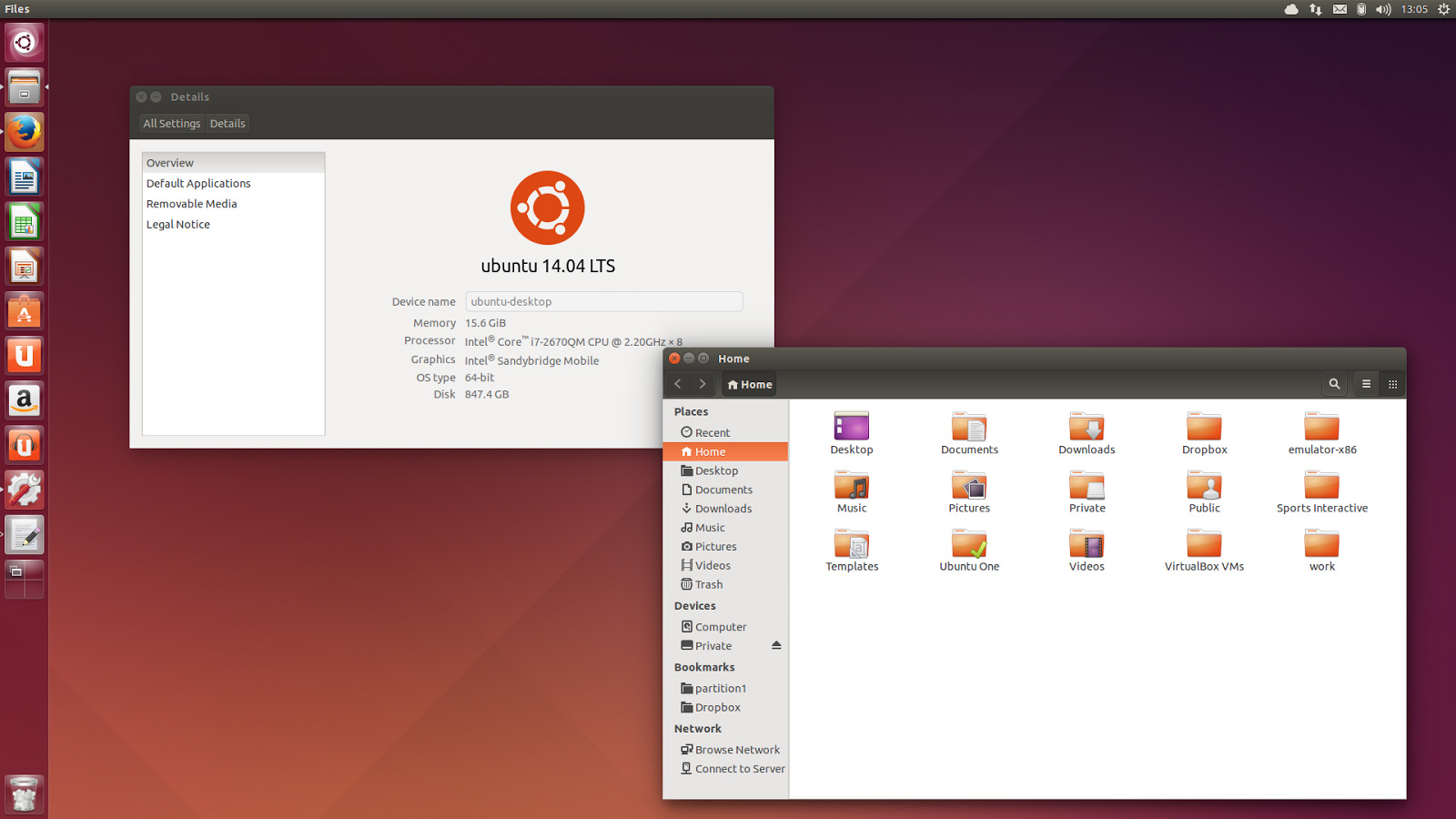 So it was my eye which caused me to stray from Windows, but what caused me to stay? This is a tricky question, because there are so many and I cannot for the life of me remember which came first. However, were there a gun to my head and I had to come up with a short list of reasons…

I have always been the type of person who wants to twist every dial and pull every lever, but with Windows, you run out of levers really quickly. It was that desire to be different which drove me from Windows, and that same desire has persisted; sometimes I spend too much time fiddling with all the knobs and pulleys (my init.vim comes to mind). With Linux I can do anything (keep this in mind – it comes back later), and that feels awesome.

When one first lays eyes upon the terminal, it is terrifying; the cursor just sits there, waiting for instruction, waiting for you to tell it what to do. Then, when one gets used to the terminal, that same thing which makes it terrifying for the newbie it was gives the terminal, and by extension the user, so much power. There is a sense of control over one’s system with Linux which I have yet to feel with any other OS. When I tweak some setting or messed with some config file too much and bork the system, I never loose hope, because if there is one thing which Linux has taught me, is that it takes a lot of messing around with the inner bits of the operating system to truly bork it. This is not to imply that one needs to use the terminal to use Linux. I want to strongly say that you do not need to get in the terminal to use Linux, it is perfectly functional with just the brilliant gui tools. But that is what is great about Linux, you get to choose the responsibility of total control over the system, and when you do it is just a few keystrokes away.

On the first laptop which I consider truly mine (the one where I had the first and only administrator account), I remember waiting, and waiting, and waiting, for Microsoft Word to open up. I can gladly say that I do not have that problem when I open Libreoffice. I have found, time and time again, that I prefer using the open-source alternative, with almost everything. I find the Nextcloud interface to be much easier to use (and configurable) than Google drive, and Libreoffice has a couple awesome features like a revision system that is almost like a version control system for rich text documents, which is amazing.

Lollypop, in my opinion, is the single best music player that I have ever used. The list goes on. I love that I can say that there is not a single application which I need to get work done that is proprietary (let me be clear, what I am not saying is that you are a bad person if you need to use proprietary software, you need to get your work done, I’m just happy that I don’t). There are tools which I know would take some adjusting if I were forced to go back to Windows (I have yet to have a fantastic experience with Powershell in Windows, for example).

On a similar vein is the tooling. I have a habit of wanting to play sys-admin because I think it is fun from time to time. What I absolutely adore about the Linux ecosystem is that I can play with the same tools which are used by RedHat, like libvirt, podman, and ansible, just to name a few, because they are all open source and native to Linux. I can spin up a CentOS box to play with something that is binary compatible with RHEL, just to play around with containers or host my own Nextcloud instance. The possibilities for learning are endless, because of the nature of Open Source. I have also found that getting to a development environment for almost everything is so much easier with Linux. Git is readily available from the repos (in the unlikely senario where it doesn’t come with the distro out of the box), along with useful software like make, and gcc at your finger tips. Of course most of these tools you can get on Windows, but they are not as readily available. Even Microsoft has realized this: that is why they are working so hard on their Linux subsystem for Windows (for whatever reason called WSL).

This reason is the reason behind most of the others. The Freedom which I believe to be at the core of the Linux ecosystem. So much is driven by this concept, that for software to respect your freedom, you should be able to hack it, to tweak it until it works for your. Taking this idea an combining it with the internet, and you get a brilliant bazaar of software that somehow works so well (seriously, read The Cathedral and the Bazaar if you want to understand this better). There isn’t too much more that can be said in this regard, I feel that everything else, the superior tooling, the power, the community, they all stem from this belief that the software should be free and the code open.

How many people do you see get excited when Windows releases something? From what I have seen, no one loves using Windows, it is just a tool to do a job. There is something incredibly different with Linux. When Ubuntu or Fedora has a new release (which happens rather often, I’d like to add), there is palpable excitement in all the communities, even from people who do not use these distros. I do not use either, yet every time there is a new release I feel the long asleep distro-hopper in me get antsy. When an Ubuntu LTS releases, it’s almost like Christmas in the Linux-sphere. Not only that, but I have yet to have a problem with Linux which has not already been answered, because the community is just that awesome. The Linux ecosystem is one of the only communities where the community itself, the people working with and one the software, is one of the primary reasons to use it.

Why I use Arch Out of All the Distros

Soon after the initial honeymoon period with Ubuntu, I started, as most new to Linux, to distro hop. Linux is the beautiful bazaar where there are so many choices (some my say too much choice, but I think this is our strength) it is easy to get lost, and lost I was for many months. All the while trying to instal Arch on this old laptop my mom brought home. The idea of having an OS I could truly feel like was my own is, I felt (and still feel), the pinnacle of customization, of owning the system. Though it took me more than a few times to get it to work, eventually I got it. And then I did it again, then again, then again. Before I wiped my main laptop and installed Arch on it, I wanted to make sure it would work. To my delight, it did. Since then, seldom have I ventured out, as I began tweaking more and more my install, writing different scripts and listing different packages to remember to install the next time. My distro-hopping days were done, I was on the straight and narrow now; I had found my forever distro.

Over the years, I have developed very strong opinions on how I want my system to be setup. Whenever I tried to setup different distros, I found that I preferred my way of doing things, of what settings to give to grub, how to install grub, how it was encrypted, how the partitions are layed out. Eventually (because I have installed Arch so much), I found that it took me just as long to setup a different distro how I wanted it than it did to get up and running with an Arch setup. However, inertia is not the only reason I stay where I am.

I’m not the biggest fan of having to reinstall my operating system. Well, let me rephrase. I’m not a big fan of having a new home partition, specifically all my config files. I also do not like down time, and one thing that starts to grate is have to update the entire system every 6 months, or put up with outdated software. I like playing with the latest and the greatest software (even if I don’t necessarily need it), and Arch provides the perfect model for this. Arch rolls, it does not have version or releases, because you get updates quickly from upstream,so you can have the latest version of GNOME or python or anything else you use, while never having to go through a long, laborious upgrade path. Sure you might have to reboot more than the lts folks (kernel updates), but you don’t have to upgrade your entire system every 2 years (honestly I think it evens out in the end). This is the absolute best layout, for a desktop that is (I tend to run Debian or CentOS on my server).

With its power and freedom, the Linux ecosystem has a truly vibrant landscape, unlike any other in the world. Because of Linux I get to be in complete control of my machine, I get the final say in everything, and because I run Arch, I get even more of a say (because you have to manually lay every brick). You take that and add to it the most unique community of people I have ever seen, and the real question becomes: “Why wouldn’t I use Linux? Why wouldn’t I use Arch?”